UPDATE: Check out Part 2 and Part 3 of the Wayne’s Choice Awards!

Here we are once again, it’s the start of the new year and what new year’s celebration would be complete without us taking a look back at 2014 and the things I liked?  A little self centered?  Maybe.  But there’s nothing I can do, they’re called the “Wayne’s Choice Awards” and I’m contractually obligated to provide this list.

So, here we go! Today we’ll talk about some personal choices in entertainment.

FAVORITE MOVIE I WANTED TO SEE OVER AND OVER: Guardians of the Galaxy

Guardians really surprised me. I hated the trailers for this movie. I didn’t get it, and I thought that the “Collector” post-credits scene after Thor 2 was terrible. But I wanted to see the movie because in my mind I needed to give Marvel the benefit of the doubt. Since Iron Man, I have not been let down severely by a Marvel movie. Guardians was so much fun!  The soundtrack worked, the characters had me from the very beginning. I’ve read Guardians of the Galaxy but this movie brought the characters to life in a brand new way. Loved it.

Peter Capaldi IS The Doctor. I mean so are the other 13 men who have played him, but this one, this season of the Doctor has been a blast to watch. There have been plenty of shows that I enjoyed in 2014, but The Doctor kept me coming back eagerly anticipating the next episode. Jenna Coleman is great, Clara is my 2nd favorite companion to the Doctor. (After Donna Noble) And Capaldi is basically Doctor Gregory House in a TARDIS. (That’s a compliment)

I’ve enjoyed every minute of this series! I love the intro “I’m Barry Allen, and I’m the Fastest Man Alive”… and I love the fresh approach to this superhero show, it’s actually light and fun while also raising the stakes. As a longtime reader of The Flash, I’m still kept guessing by this true to the material show.  There’s just enough to through you off and keep you coming back for more.

2014 is the year I came back to Spider-Man.  I quit reading about Peter Parker when he “made a deal with the devil”, not for any theological reason, I quit because I thought it was stupid and I firmly believed that Peter Parker wouldn’t make that choice and I thought Marvel was just cashing in on the movies.  Many years later, the stories have gone back to being about a Peter Parker that we could all relate too.  I skipped “Superior Spider-Man” but jumped back shortly before the new “Spider-Verse” storyline. (Imagine every version of Spider-Man that ever existed coming back to defeat a common foe…) I’m enjoying reading the adventures of Peter Parker, I’m loving that Spider-Man 2099 (literally the Spider-Man from the year 2099) is back, and the Superior Foes of Spider-Man (a book about Spidey’s bumbling enemies) was refreshing and hilarious.

In 2014, Doctor Who launched 3 comics. Each based on the Tenth, Eleventh, and Twelfth Doctor respectively. Some featuring new companions and some featuring old ones. I’m really enjoying reading all three although the cover price isn’t sustainable for me. If they release and anthology style book that covers all stories then I’ll come back for more!

I was determined to find a “Trader Joes” and give this stuff a try.  Take my word for it… it is DELICIOUS! Go out and get some. Thank me later.

MOST ANTICIPATED FOR 2015: Star Wars Episode VII: The Force Awakens

Join us back next time forCheck out Part 2 and Part 3 of the Wayne’s Choice Awards!! 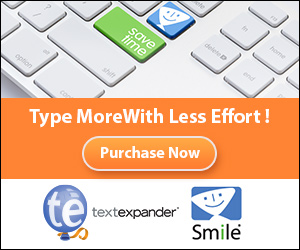 Catch up on the latest news and posts with the GeekPastor Newsletter! Join Now!